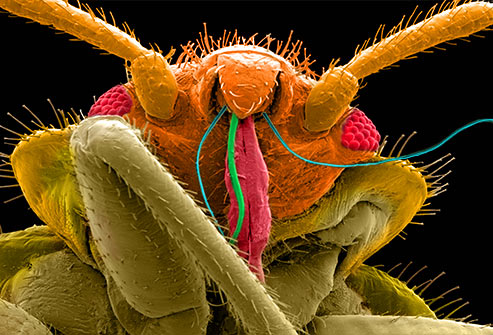 Until the invention of pesticides bedbugs were a common problem that nearly everyone had to deal with. Fortunately these tiny flightless pests have been nearly wiped out of most cities including Sacramento, through a combination of integrated pest management and rigorous treatment starting as far back as the turn of the century. Over the past two decades however, bed bugs have had an overwhelming comeback here and across the globe.

These tiny black and red bugs, hitchhike in suitcases, hide in couches and restaurant booths and are notoriously hard to get rid of. One reason they are so hard to deal with is thatÂ some bedbugs are forming a resistance to common insecticides, according to a study by University of Sydney researchers published Wednesday in the journal PLOS One.

To understand why some bedbugs were withstanding pesticides better than others scientists at the University of Sydney conducted and experiment where they treated a variety of bedbugs collected from multiple sources with pesticides and then waited to see how long it took for each of them to die. After separating them out according to their resistance the scientists then inspected each bug to figure out what made them different. It turns out that the stubborn bedbugs that survived exposure to pesticides the longest had thicker cuticles than the rest.

Knowing how the bedbugs are developingÂ their resistance through thicker skin may lead to advancements in new treatment methods targeting this adaptation.

If you would like to learn more about how to prevent bedbugs or you are wondering if you may have been exposed to them already be sure to check out our detailed bedbug pest profile and don’t hesitate to schedule a free inspection with a Fast Action Pest Control technician.