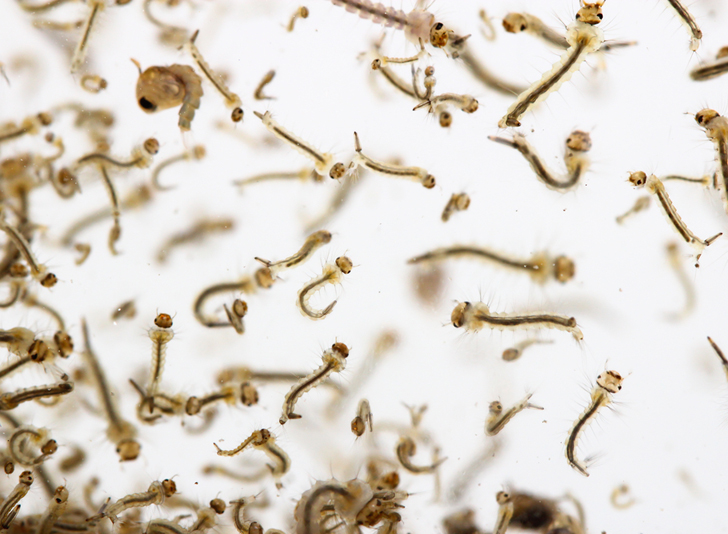 Mosquito season is upon usÂ andÂ the Sacramento-Yolo Mosquito and Vector Control District has yet again deployed its greatest weapon to save the day! With one of the greatest methods of Integrated Pest Management Sacramento is protected from mosquitoes before they even have a chance to fly by a gigantic army of tiny fish that love to eat up their squiggly larva.

Because of the high concentration of rice growers in the Sacramento Valley, Elk Grove houses the biggest mosquito fishery in the world. Prior to the creation of this facility mosquito populations were a real terror throughout the summer months. In 1952 the Central Valley suffered an mosquito born encephalitis outbreak that killed 50 people which prompted drastic action and thus the dual-county district was formed.

Now worries over the West Nile virus and Zika have upped the stakes and definitely proven the importance of investing in preventative pest management. Unfortunately however, despite all preventative measures new verities of mosquitoes continue to appear throughout the region.

Over the last 15 years the aedes mosquito, which is a much more urban mosquito, has grown in population throughout California. Recently found in the Bay Area and Los Angeles, aedes aegypti mosquitoes worry public health officials because it can spread dengue and chikungunya viruses. Even worse fish aren’t as effective in cities and neighborhoods, so vector control officers rely more heavily on traps set around those two countries to prevent their spread.

Mosquitoes caught in these traps are brought back to the lab in Elk Grove where they are examined and for potentially harmful vectors. If the mosquito is a species known to carry West Nile or other harmful diseases, lab tech grind it into a paste and test for pathogens. Chemicals are deployed only when viruses are found.

This same Elk Grove facility has a house of horrors where they breed mosquitoes in a stiflingly moist room like a hot and humid southern summer. Here thousands of mosquitoes are born and allowed to grow to maturity so that researchers can use them to test pesticide resistance and develop new strategies to kill mosquitoes more effectively.

If you have a pond or other pool of standing water it is advised you drain it possible. If you intend to keep the water than be sure to contact the Sacramento-Yolo Mosquito & Vector Control District to request mosquito fish for yourself at www.Fightthebite.org