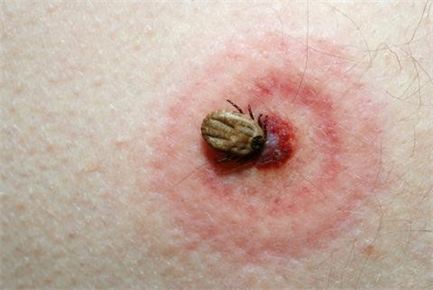 As if ticks weren’t bad enough already, a new potentially deadly tick-borne disease has been spreading across the nation with cases reported in Davis, Stockton, and Sacramento.

Blacklegged or deer ticks carry Lyme disease, which can cause debilitating symptoms if not caught at an early stage, and babesiosis and anaplasmosis, which can cause flu-like symptoms and potentially be deadly to the very young, the elderly, or people with impaired immune systems. These terrible vectors are now carrying a new disease, the extremely rare, but greatly concerning Powassan virus which has only affected about 60 people in the United States in the past decade but that number has steadily been increasing.

Powassan can cause serious neurological problems and about 10 percent of cases with serious symptoms have been fatal. Unfortunately, there is no treatment for the disease.

What makes Powassan especially concerning is how quickly it passes from the tick to its host. Lyme disease along with babesiosis and anaplasmosis but take between 24 to 72 hours to pass from a tick to a person which means that typically a tick has to be stuck to your body sucking your blood for more than a day before it can make you sick. Powassan however can be transmitted much more quickly, sometimes in less than an hour. This makes it extremely important that if you are traveling through areas that may have ticks, such as forests or tall grass, that you stay covered up and frequently check for tick bites.

Ticks tend to hide on your body in tucked away areas such as behind the knees, armpits, scalp, or groin. Be sure to inspect your body carefully after hiking or traveling into overgrown brush to remove any ticks that may have attached themselves.

If you are bit by a tick and notice that the bite has changed to a pinkish color, or you are feeling any flue like symptoms then you should contact a doctorÂ immediately as these may beÂ symptoms of Lyme disease.

Anaplasmosis and babesiosis are also relatively new diseases that are also carried by the blacklegged or deer tick, though they aren’t likely to cause more than a fever for most. However for those most vulnerable with compromised immune systems it can be potentially fatal.

The Powassan virus is the most concerning not only because of its rapid transmission, but also because there is no treatment for it. Most people who are infected will experience few, if any, symptoms but in others the virus causes inflammation of the brain, resulting in long lasting neurological symptoms or death.

Be careful when hiking or passing through brush. Wear long sleeve pants and shirts and inspect yourself for ticks regularly. Trim down tall grass in your yard and if you suspect you may have ticks present at your home contact Fast Action Pest Control for a free inspection to treat your hard and remove the threat.