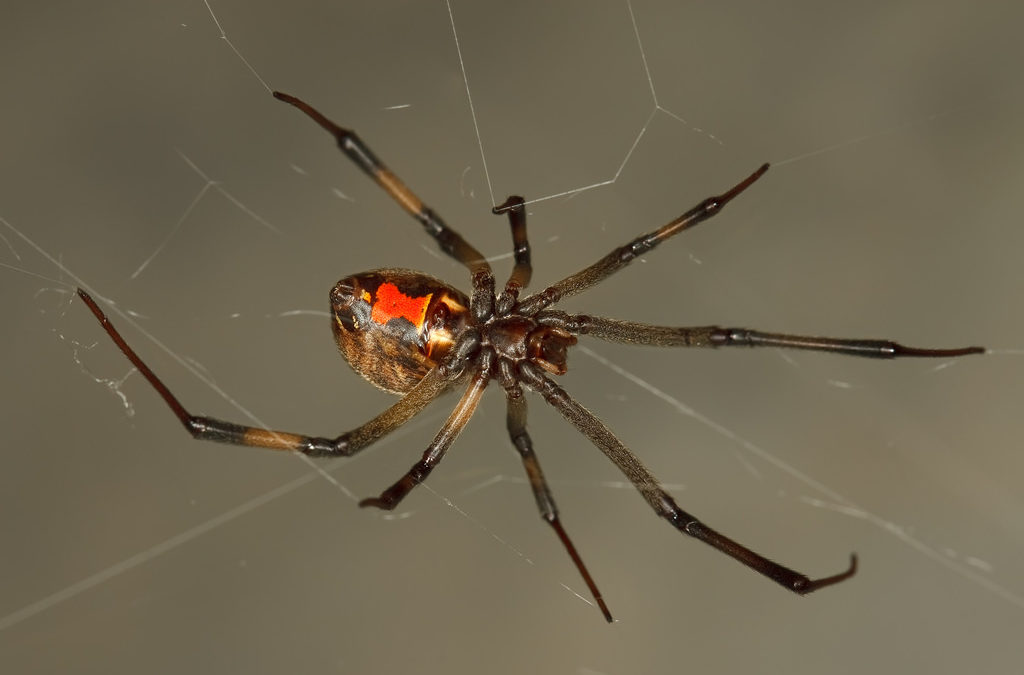 I’m going to tell you right up front that the brown widow spider is gnarly invader to California and and unwelcome guest in any home, but hang in there because there is a surprise silver lining to this foreign pest. The brown widow spider is the tropical cousin of the native Black Widow we here in Sacramento know too well. It either originated in South America or Africa and is found mostly in equatorial tropical regions all around the world.

Mostly limited to the tropical swamps of Florida when found in the United States, brown widow spiders began to emerge in California with the first siting in Lose Angeles in 2003. Since then they have moved into Northern California and can be found in a wide range of habitats including urban areas.

The brown widow resembles its black widow cousin in many ways. They both have the same creepy long legged body type and are approximately the same size though as their names imply, the brown widow is brown as opposed to the jet black markings of it’s more familiar kin. Brown widows also have an hour glass on their underbelly though it is a lighter shade of orange unlike the striking red of their cousins.

The brown widow builds its web in secluded, protected sites around homes and in woody vegetation with branches.Â  Some typical sites selected by brown widows for web building are empty containers such as buckets and nursery pots, mail boxes, entry way corners, under eaves, storage closets and garages, recessed hand grips of plastic garbage cans, undercarriages of motor vehicles that are stationary for long periods, and the undersides of outdoor furniture and wrought iron railings. They choose places that are more exposed than sites chosen by black widows and hence, appear to be at higher risk for interactions with humans as for as bites are concerned.

The bite of a brown widow spider is minor in comparison to that of a black widow.Â  Although one frequently cited study demonstrates that, drop per drop, brown widow spider venom is as toxic as other widow species, venom toxicity is only one aspect when considering a spider’s bite potential. An African study with 15 verified bites demonstrated that the brown widow spider bite victims showed none of the classic symptoms of latrodectism, a response induced by neurotoxins in the venom of spiders like brown and black widows.Â  The reason for the weaker effect of brown widow bites on humans is possibly because the brown widow does not have or cannot inject as much venom as its larger relatives.Â  The two major symptoms of a brown widow bite were that the bite hurt when it was inflicted and it left a red mark. These two symptoms are not much different from the bite of normal household spiders.Â  However, there is one recent report of a verified brown widow bite manifesting in more severe symptoms that required hospitalization of the bite victim.

On the bright side if you want to see it this way, brown widows appear to be occupying the same niche as black widows so therefore, there may be a shift in the species composition. Considering that the brown widow is less dangerous and may be supplanting the native western black widow from habitats, it is conceivable that the risk of serious injury from overall spider bite may decrease in NorthernÂ California as the brown widow spreads.

If you are experiencing and increase in spider activity or have seen brown or black widows at your home, contact Fast Action Pest Control for a free pest inspection and quick results.