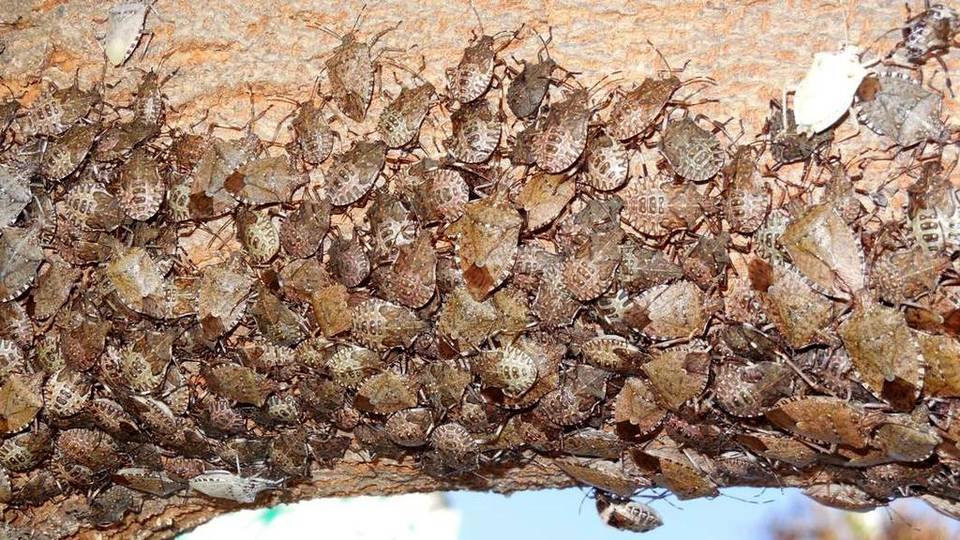 As the weather continues to warm hibernating pests are beginning to emerge from their slumber in the hopes of feeding on plants and laying eggs for the summer. Insects like Boxelder bugs and Stinkbug beetles cram into every nook and cranny during the winter to stay warm, hiding in siding, attics, under rocks, or in the bark of trees for months on end.

Warm weather reactivates them and they begin to feed just as plants are beginning to grow, which can be a real pain for gardeners and their fledgling crops. One particular terror is the brown marmorated stink bug which first appeared on the streets of Sacramento in 2013. This invasive species has few native predators because of its foul odor and unappetizing taste. Originally from Asia, this pest has been found in 41 states and only recently made its way to Sacramento, though it has already become a serious pest to gardeners throughout town.

They breed quickly during the spring so it’s best to treat them during these early months before their population grows beyond control. By treating plants with a Fast Action systemic root treatment, which fortifies them and protects them from aphids and other sap sucking insects such as stink bugs, it is possible to prevent infestation and reduce the damage these pests are causing on the native Sacramento ecosystem.

Another technique for killing marmorated stink bugs is to place a dish filled with soapy water beneath a light turned on Â outside at night. These beetles are attracted to light and will fly around and fall into the water where the soap will kill them.

Funded by the USDA, a team of researchers is devoted to stopping marmorated stink bugs. Their work as well as videos and stink bug-fighting tips can be found at www.stopbmsb.org. Gardeners can find out the latest and add their own sightings. If you are being trouble by springtime pests or have spotted stink bugs around your home, contact Fast Action Pest Control for a free inspection and a quick solution to all your pest control needs.