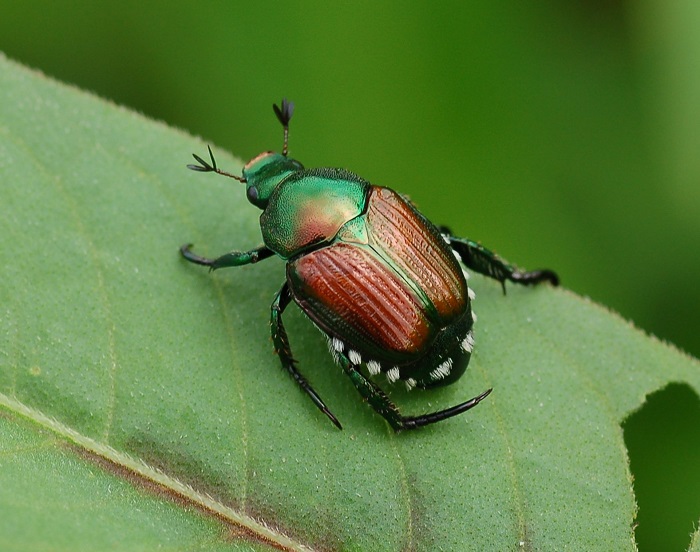 Over the last several years the Sacramento area has been struggling to resist the spread of the dreaded Japanese Beetle. This pesky insect was first spotted in Carmichael in 2011Â when 17 Japanese Beetles were confirmed, starting the annual campaign to prevent their spread throughout the region.

State and Sacramento County agricultural departments still are aggressively combating the destructive bug, considered the nationâ€™s No. 1 turf pest and a major threat to many crops â€“ including grapes, citrus and stone fruit â€“ as well as a wide range of ornamental plants. They attack plants above and below ground. The adult beetles eat leaves; their burrowing larvae, or grubs, gobble roots.

Nationwide, the war on Japanese beetles costs more than $460 million a year, according to the U.S. Department of Agriculture. The annual damage caused by just the lawn-munching larvae is estimated at more than $234 million.

But much more is at stake, particularly in California, which so far has been spared a beetle barrage. A widespread infestation could cripple the stateâ€™s $40 billion agricultural industry, say state officials. Californiaâ€™s $5.2 billion grape harvest is at particular risk from Japanese beetles, which love to feast on grape leaves. These ever-hungry insects also have an incredible appetite for strawberries, asparagus, corn, walnuts, apples, peaches, plums, oranges and dozens of other crops.

So far, these destructive beetles have been found only in residential neighborhoods, not farmland. Thatâ€™s put the brunt of containment efforts on homeowners, who have endured spraying programs for five years.

Fortunately as a result of aggressive anti-beetle treatment no beetles have been found in Fair Oaks since 2014, but that area will remain under observation and monitoring through 2017. Japanese beetles were found in Carmichael in June this year 2016, however so the war is hardly won.

If you suspect that Japanese Beetles are present in your yard or are being troubled by any other pests you would like to have treated, immediately contact Fast Action Pest Control for a free inspection to get fast treatment and a quick response.